Livit is a live social video streaming app that allows your friends and followers to watch whatever it is you're doing in the present.

I was brought on to the Livit team after it had already been out in the wild for a few months. The guys at Livit approached me to help them with rebranding the app to have a more approachable and fun aesthetic and to also think through new features. The overal user experience of the app needed some updating as well.

I was able to create a consistent style throughout the app based on this little character we created called Livvy (a monkey). The UX has been greatly improved by cleaning up some user flow flaws and creating a more clear and consistent UI. 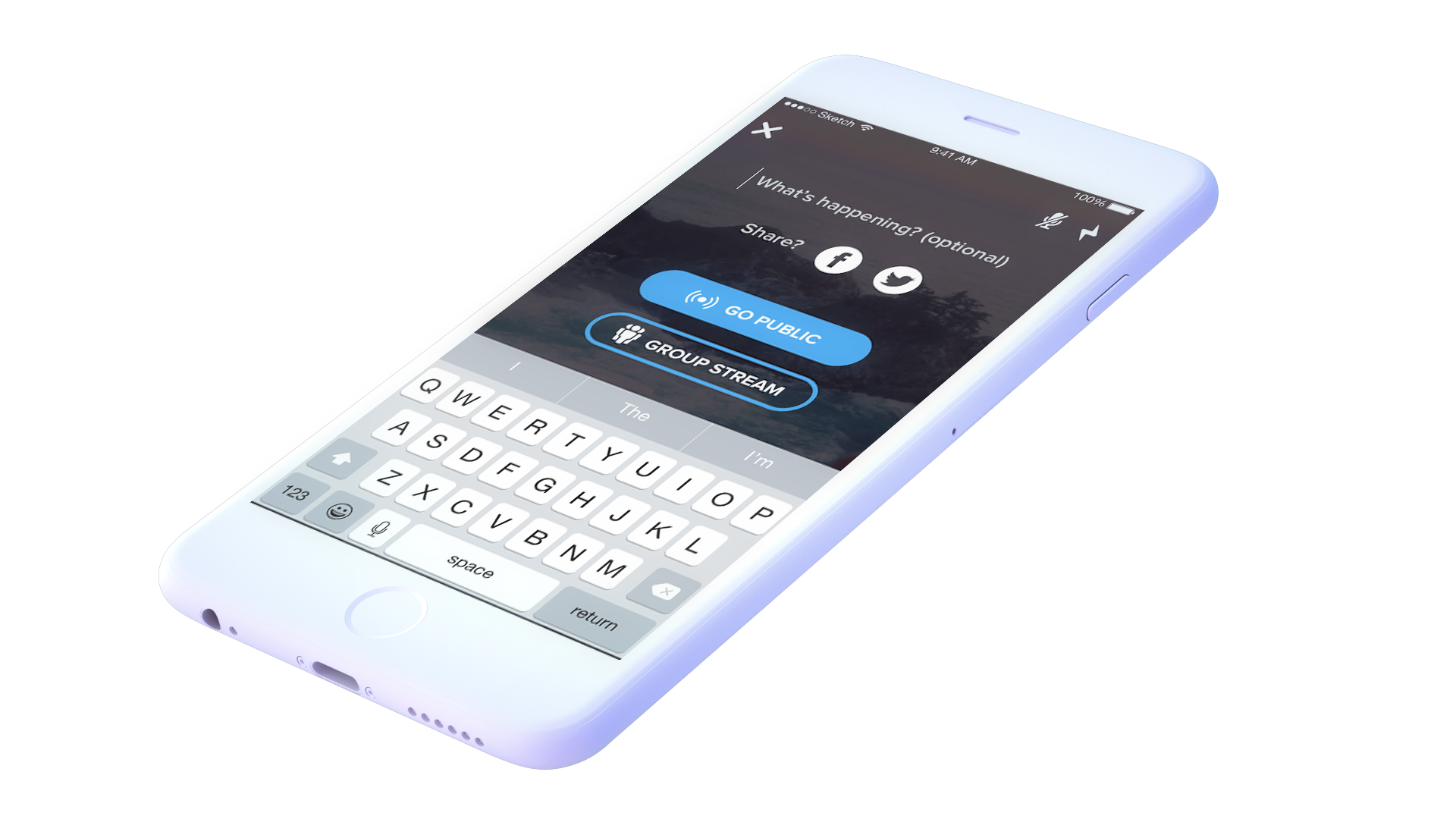 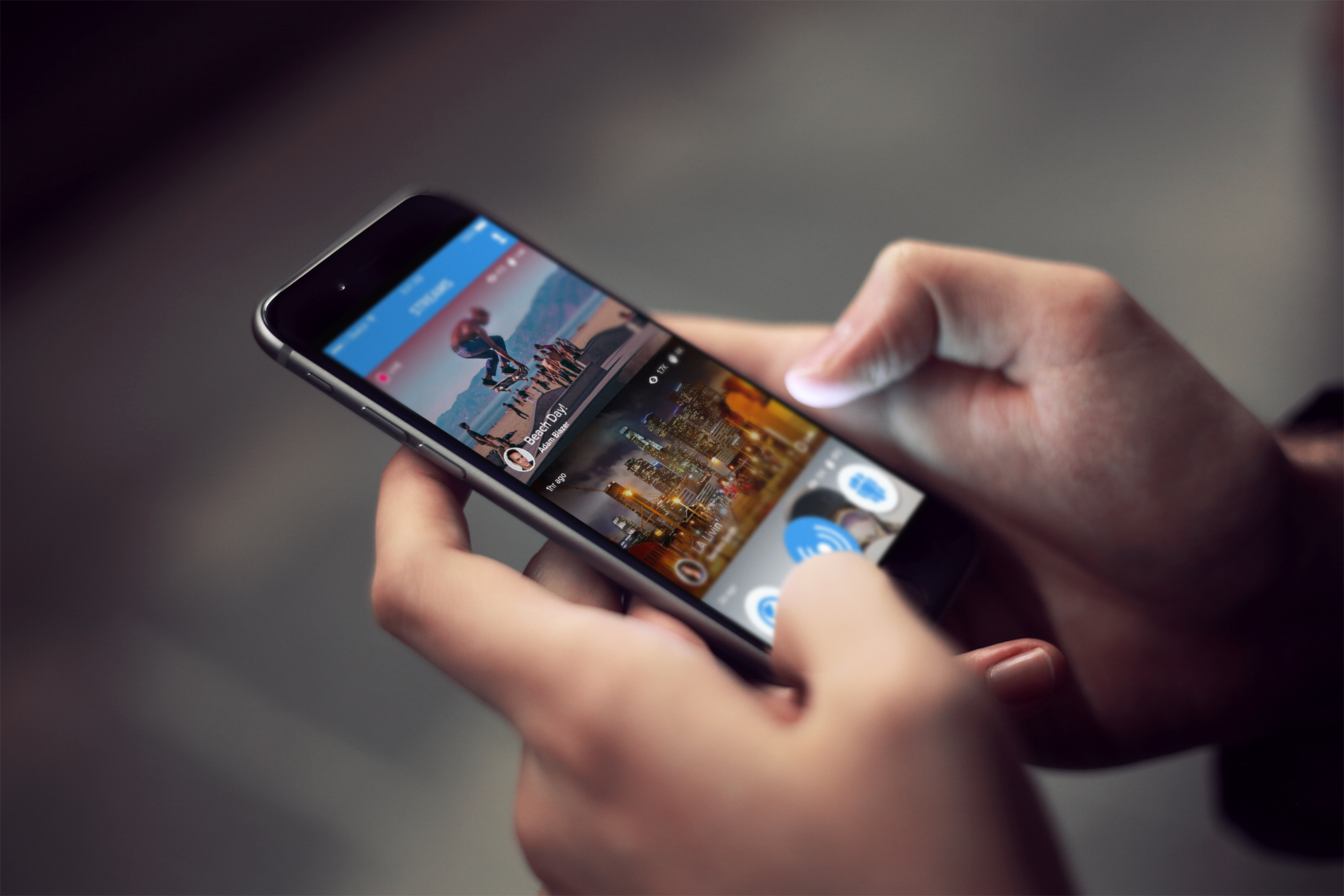 The main feed was meant for catching up on streams ("Livs") that you may have missed. Each stream thumbnail would indicate who the streamer was, how many views, and how many claps a particular stream garnered. 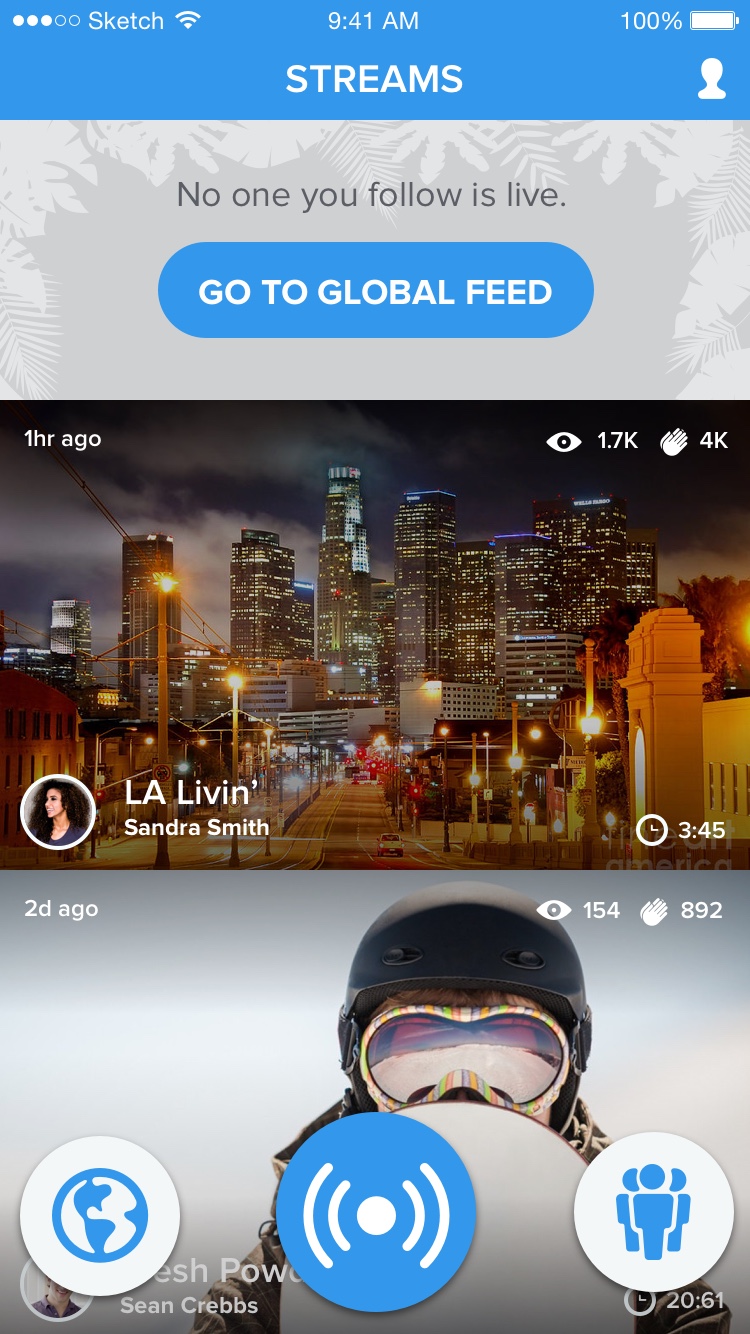 Feed with no live vids 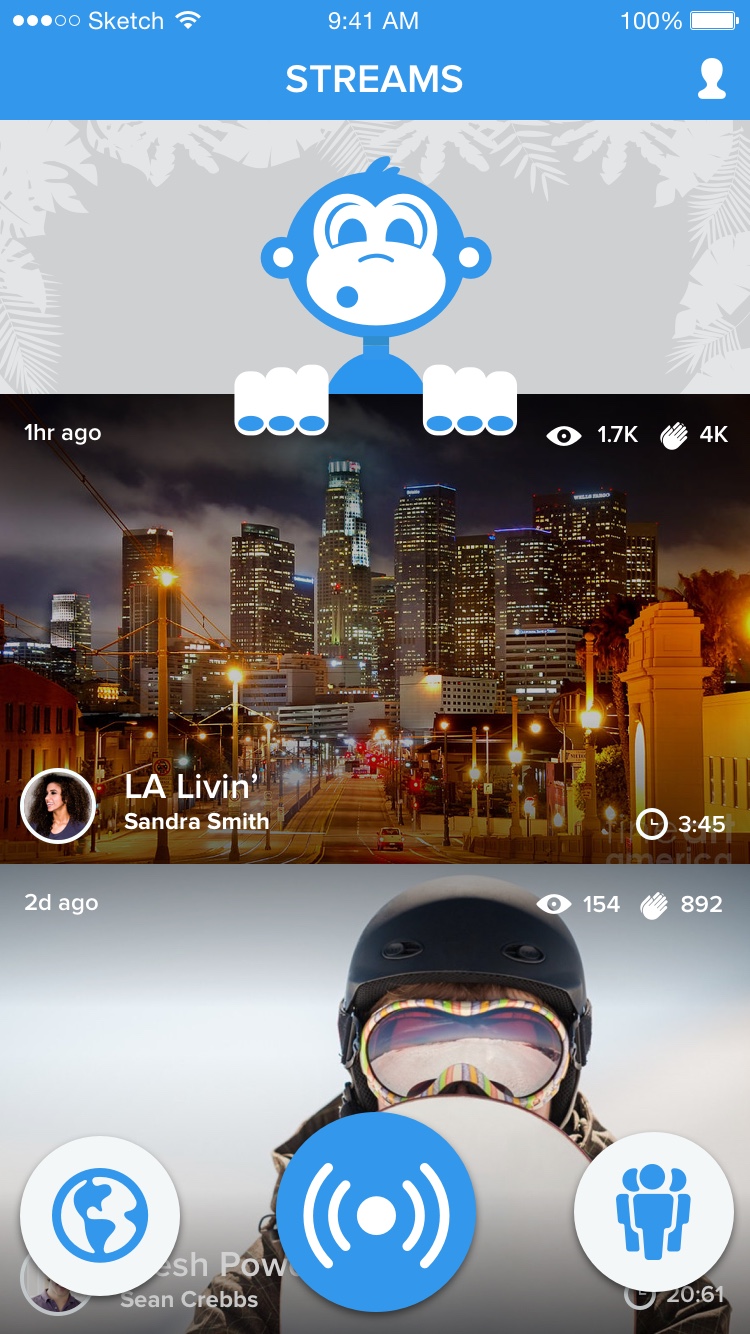 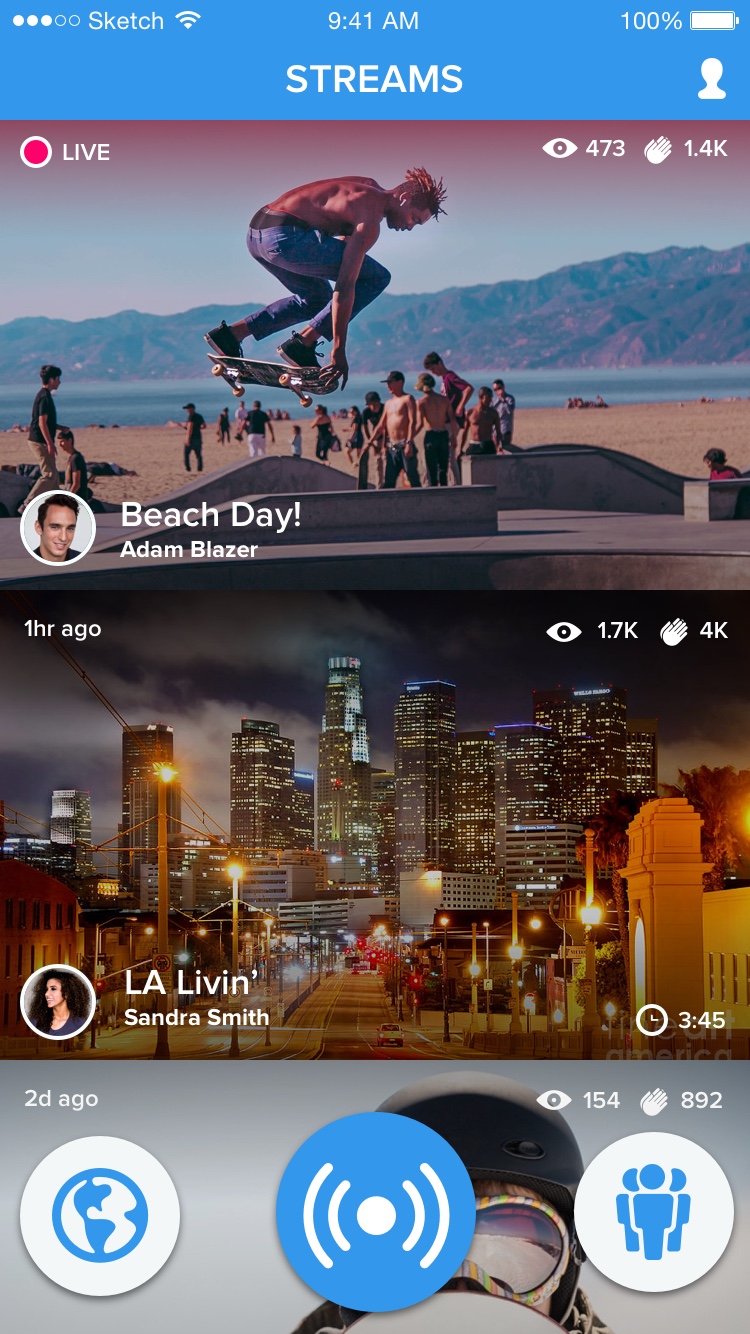 The streaming experience needed to be simple and intutive relying on gestures, but also show information on who was watching, and allow for more functionality.

The watcher experience needed the same simple UI but with slightly different functionality. 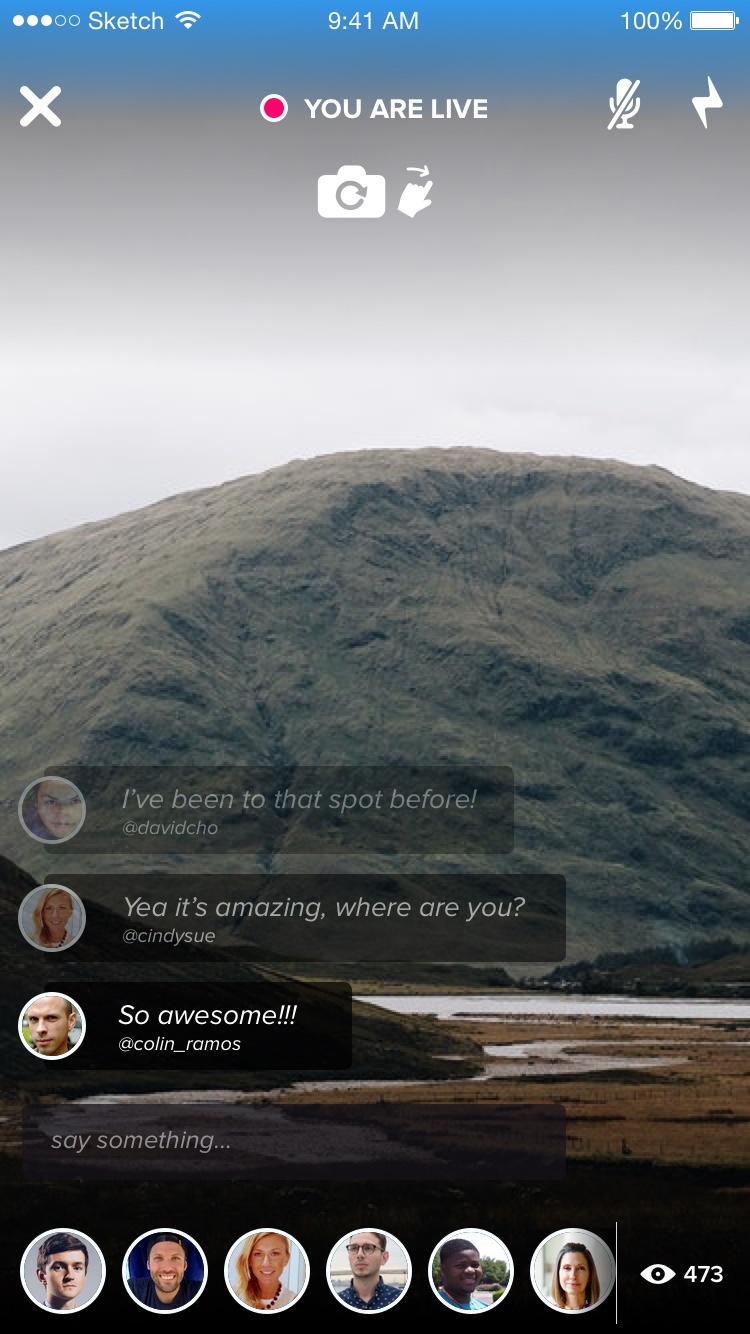 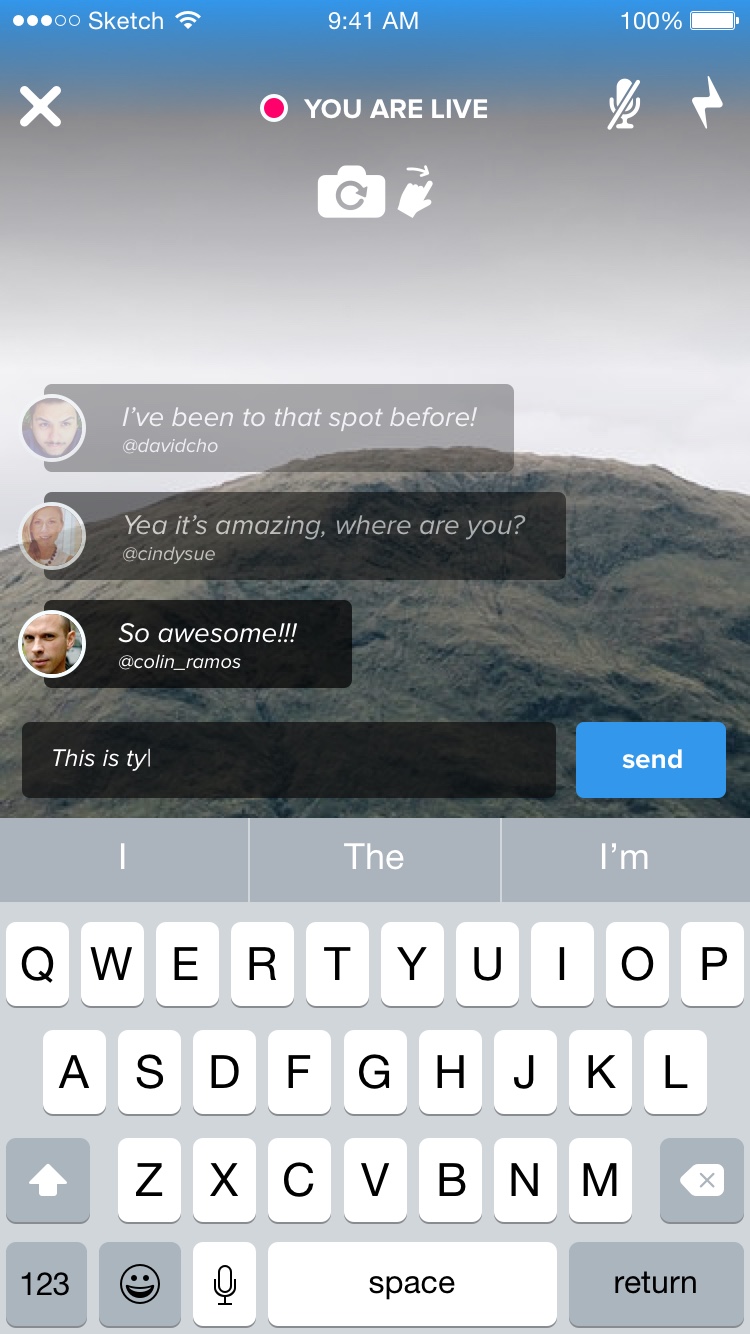 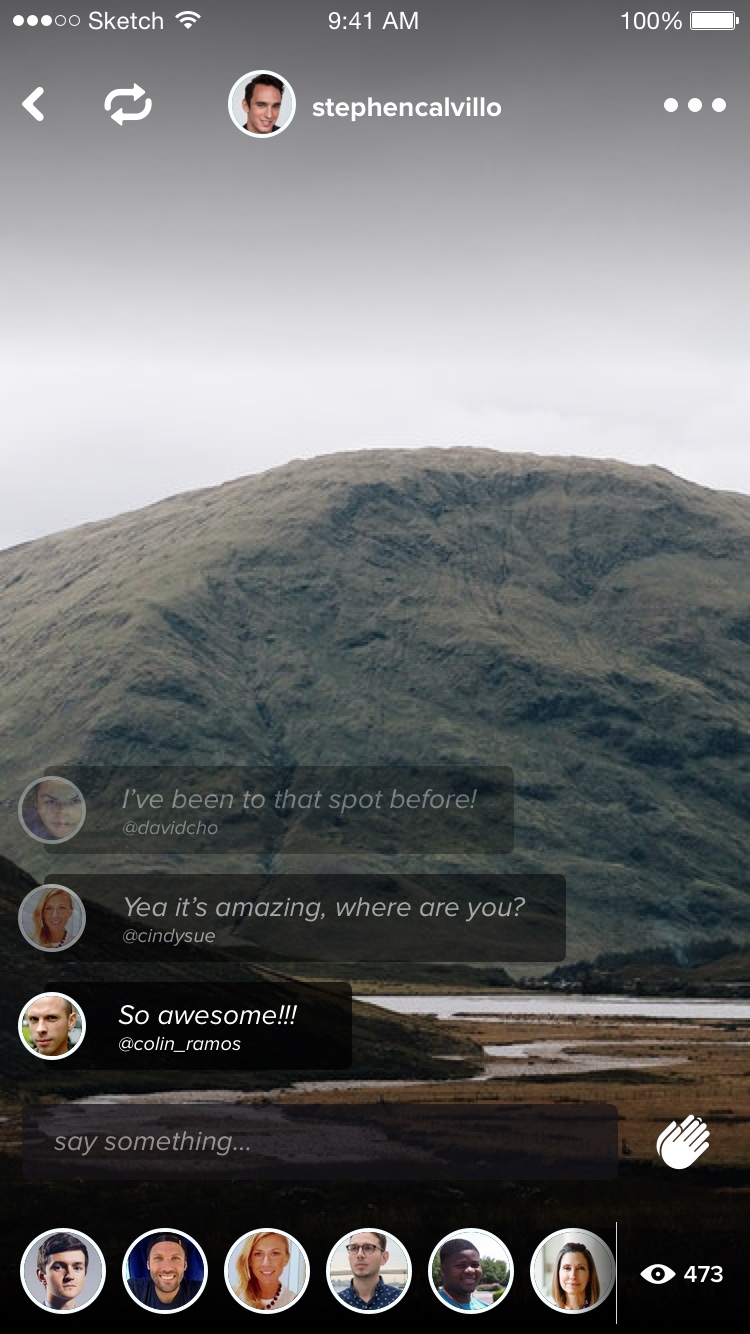 Streaming a previously uploaded video from the feed

Watching a live video from the global map view 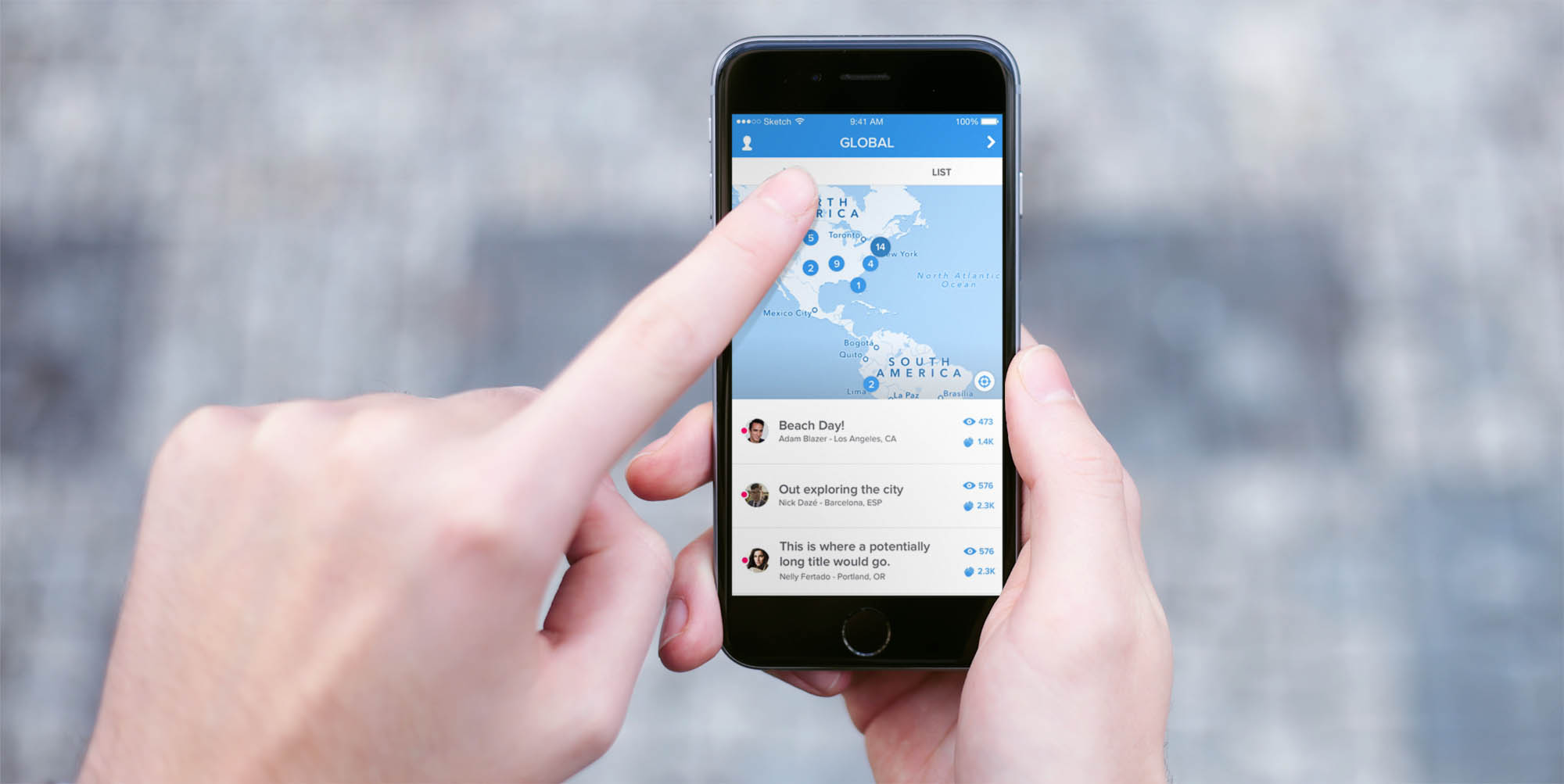 The global tab was meant mainly for discovery. Showing Livs that are currently being streamed throughout the world. It consists of three main tabs - MAP view, LIST view, and a STARS view (influencers). 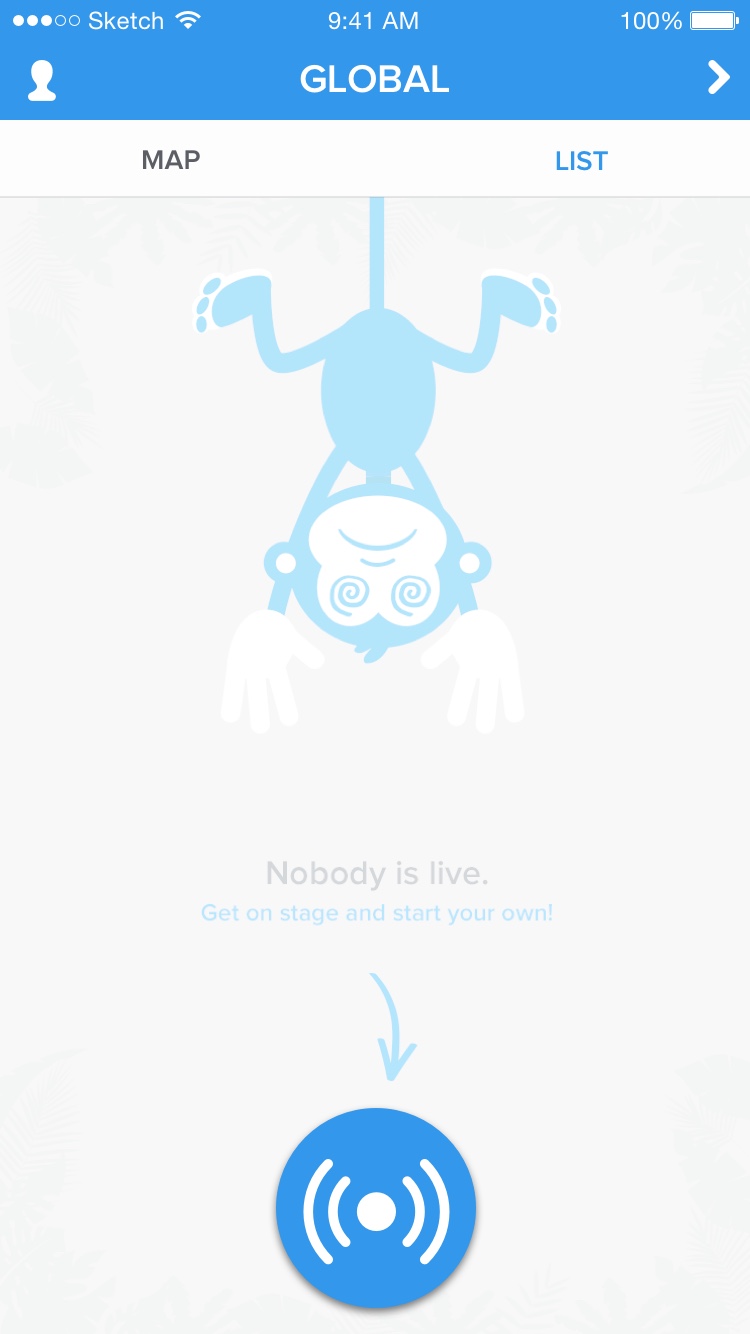 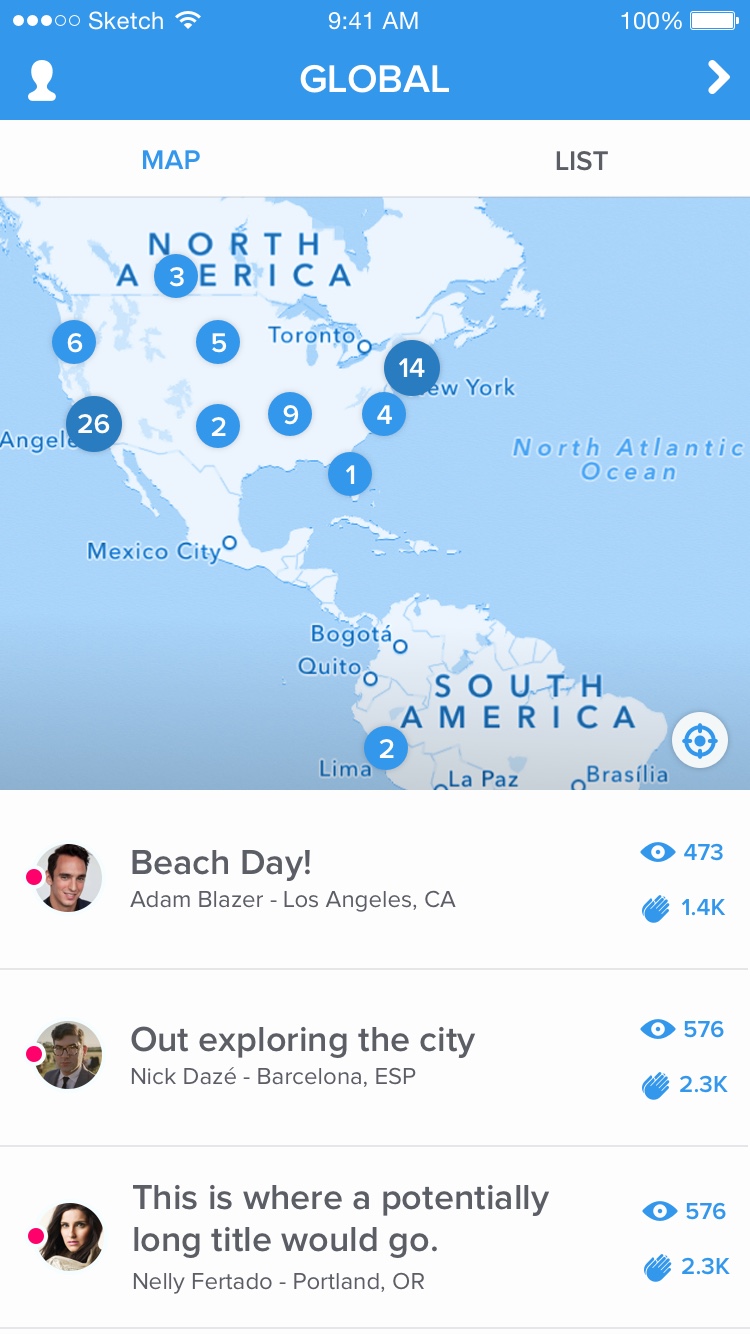 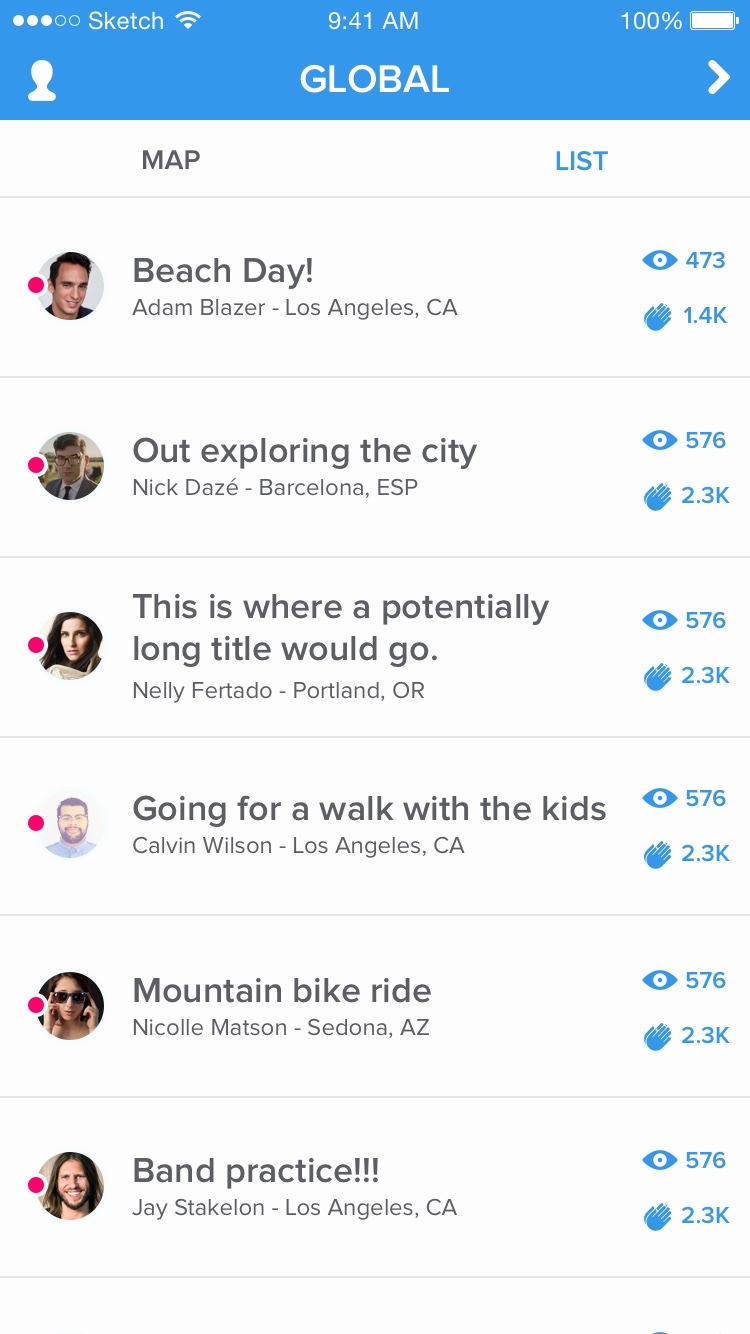 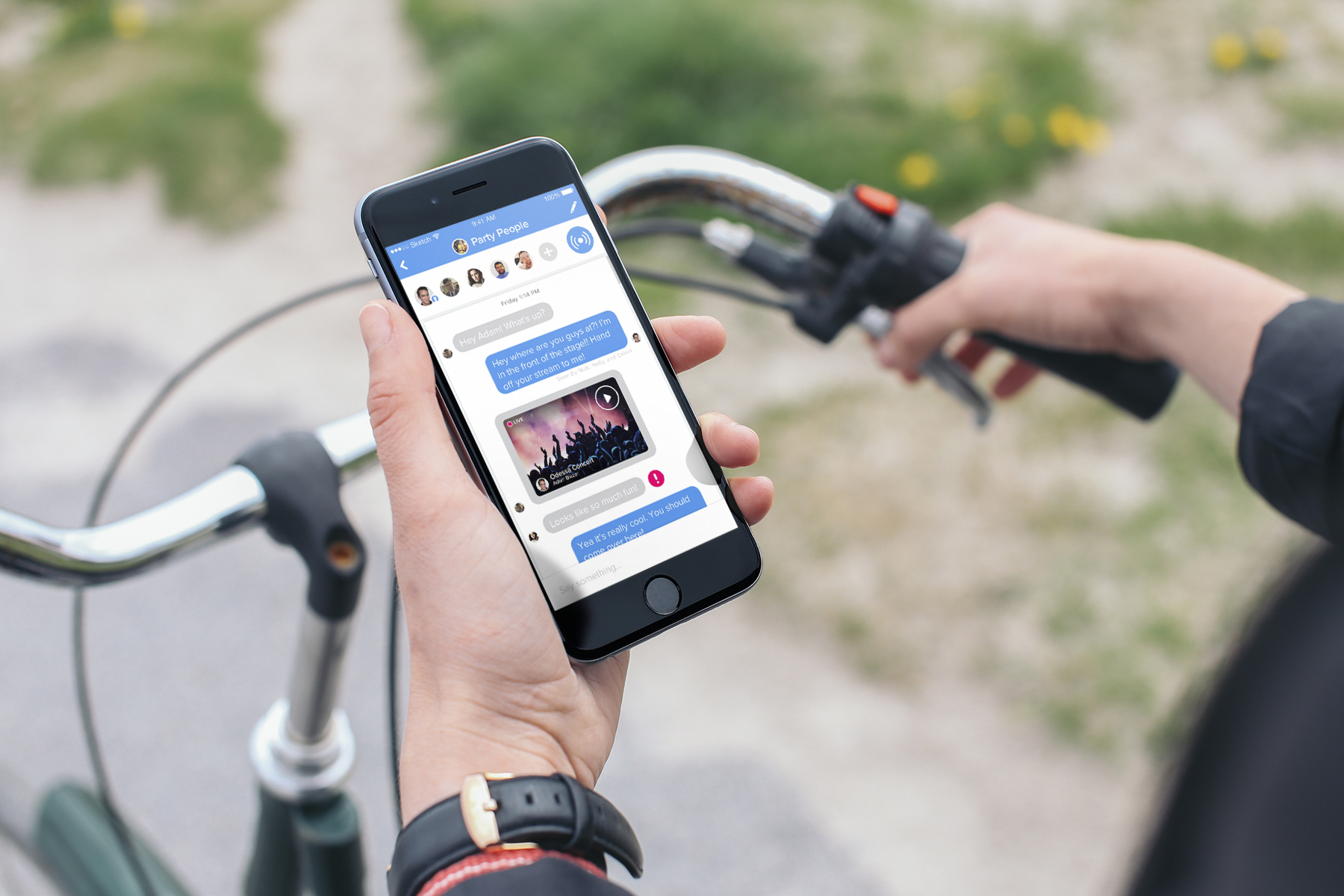 The next feature we created was Groups. You could add your friends and followers, create a group name, chat, and start private Livs within your group. 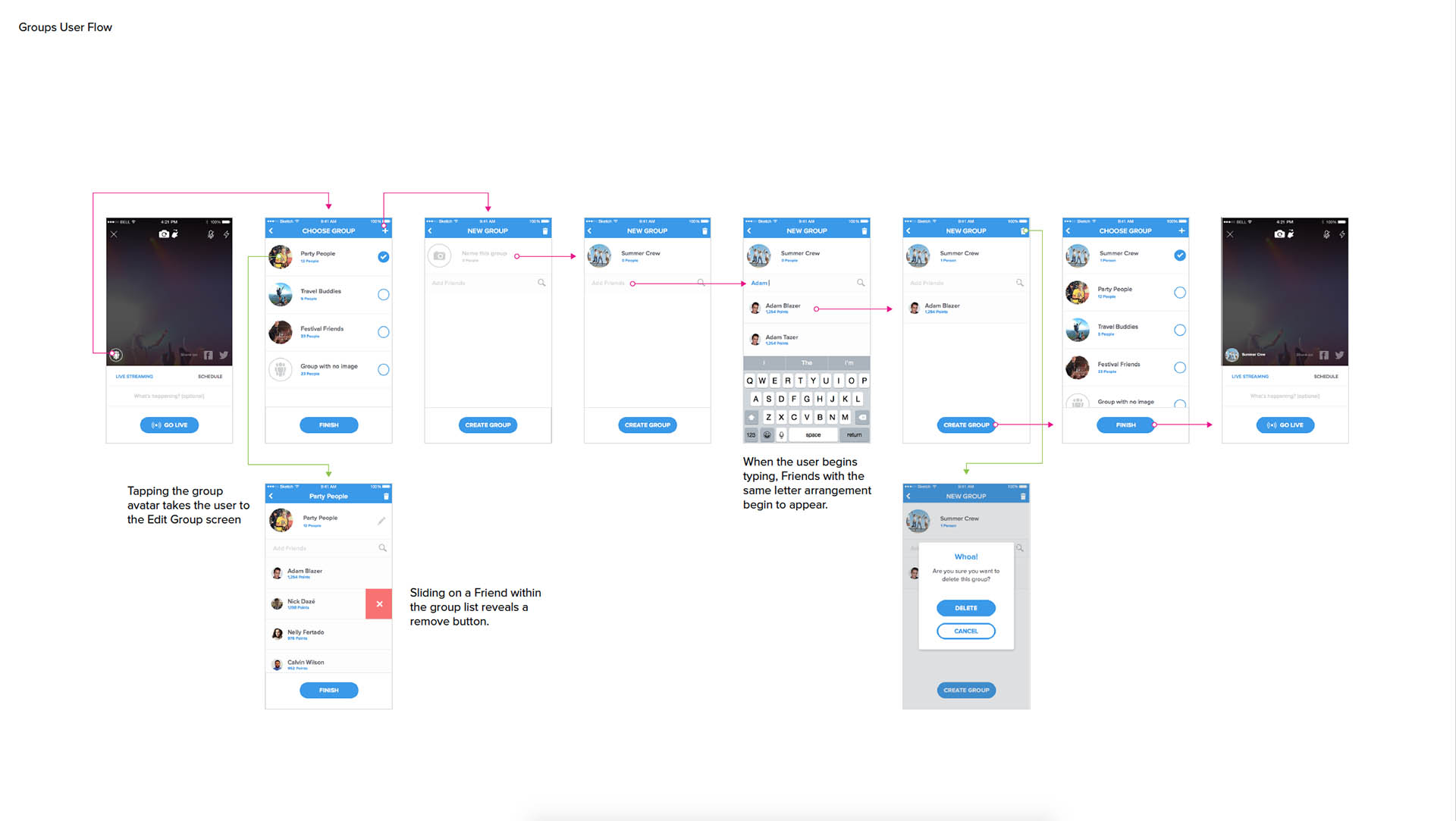 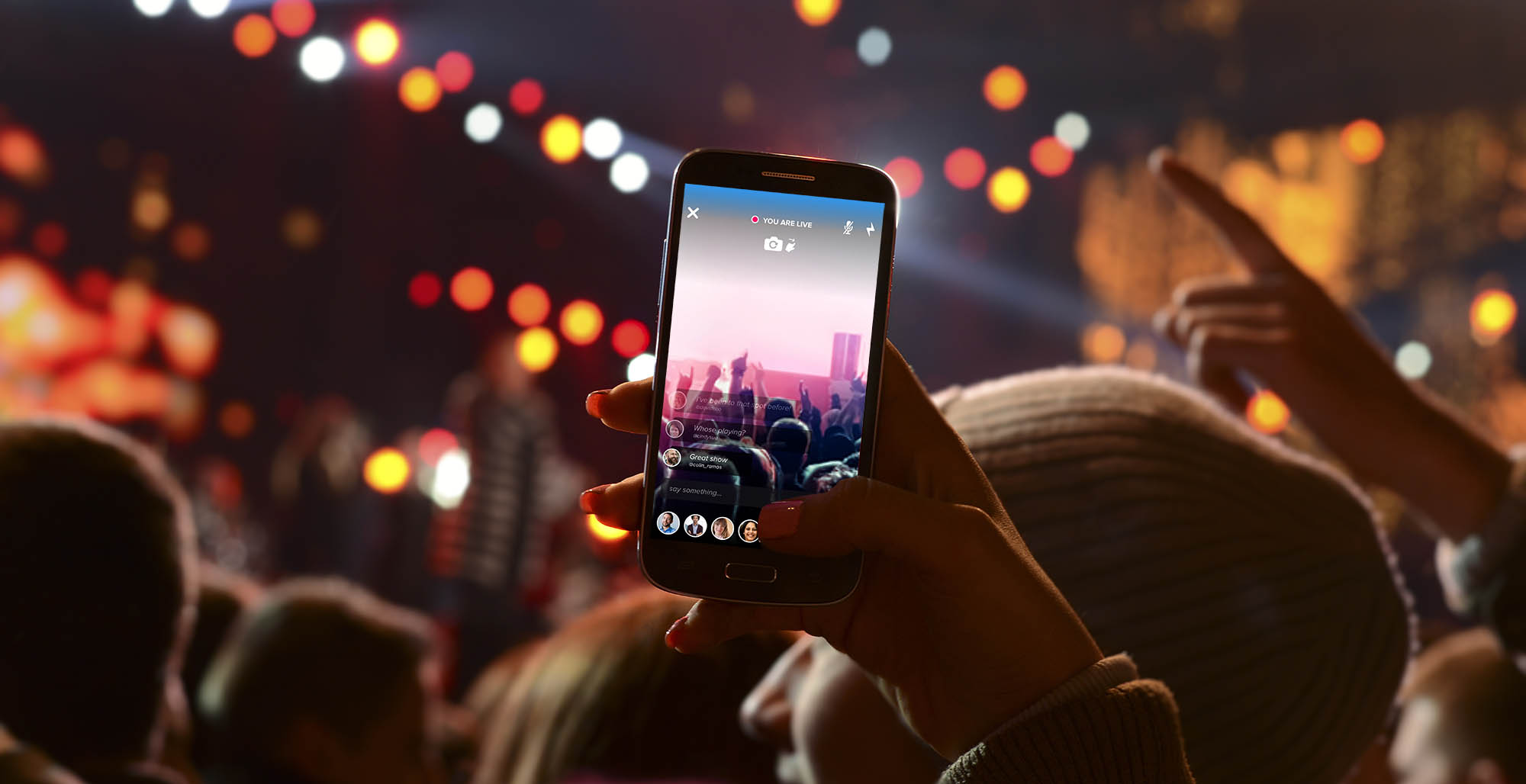 Hand-off was a feature created to allow users to share their stream with a viewer. Imagine being at a concert and you're right up front at the stage. You have a friend, or a viewer, who has a perspective from the way back of the entire production. You can share your stream with that person so that the other viewers can swap between both views. 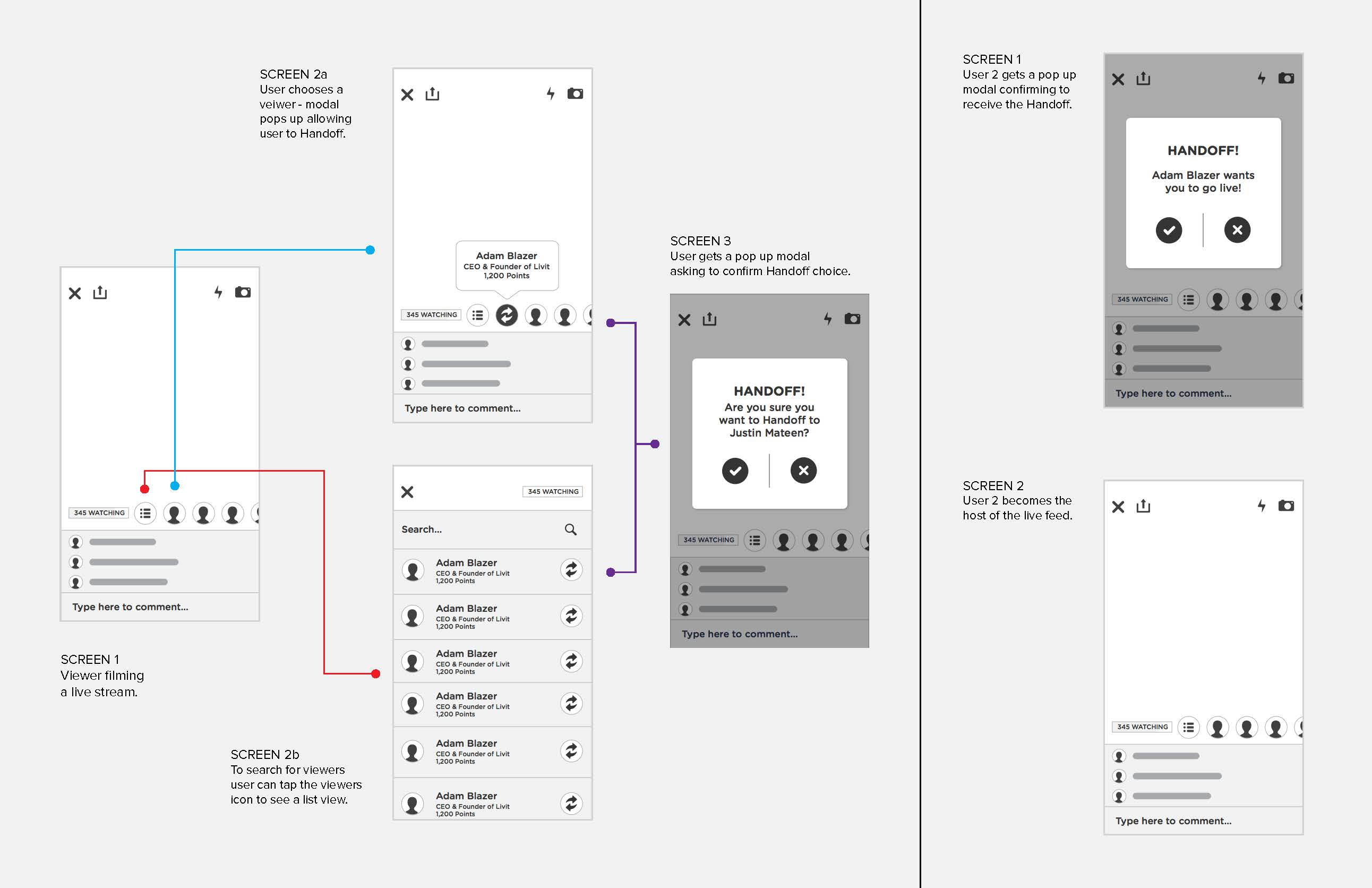 Early wireframes of the Handoff flow 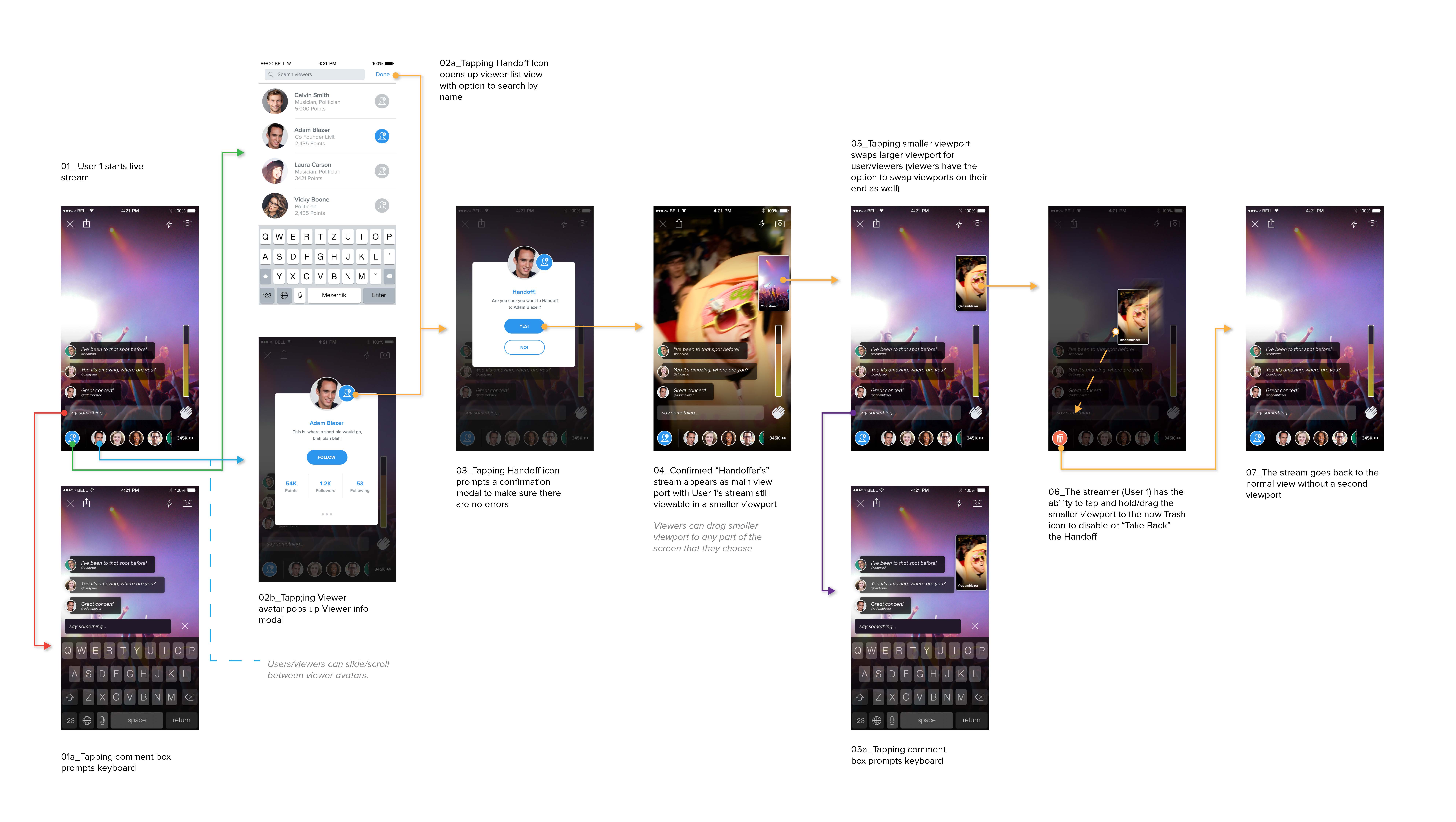 Higher fidelity of the Handoff flow 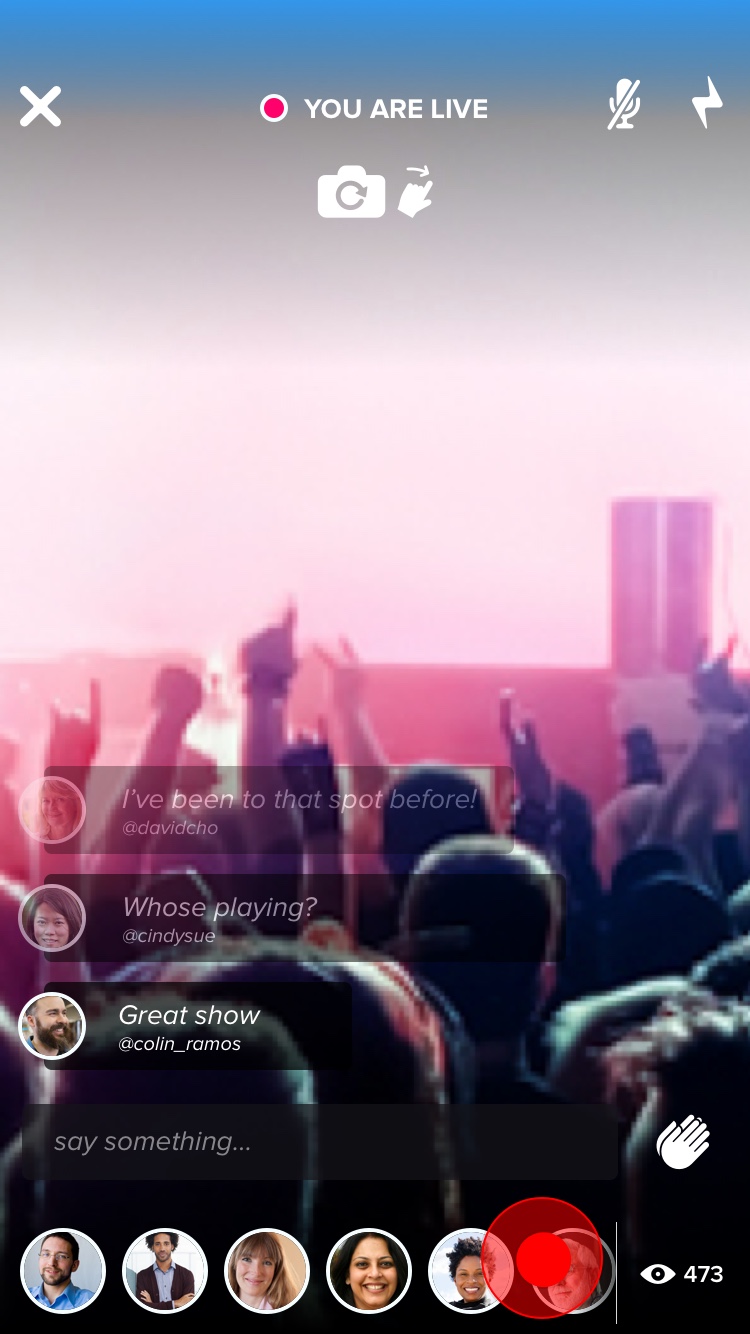 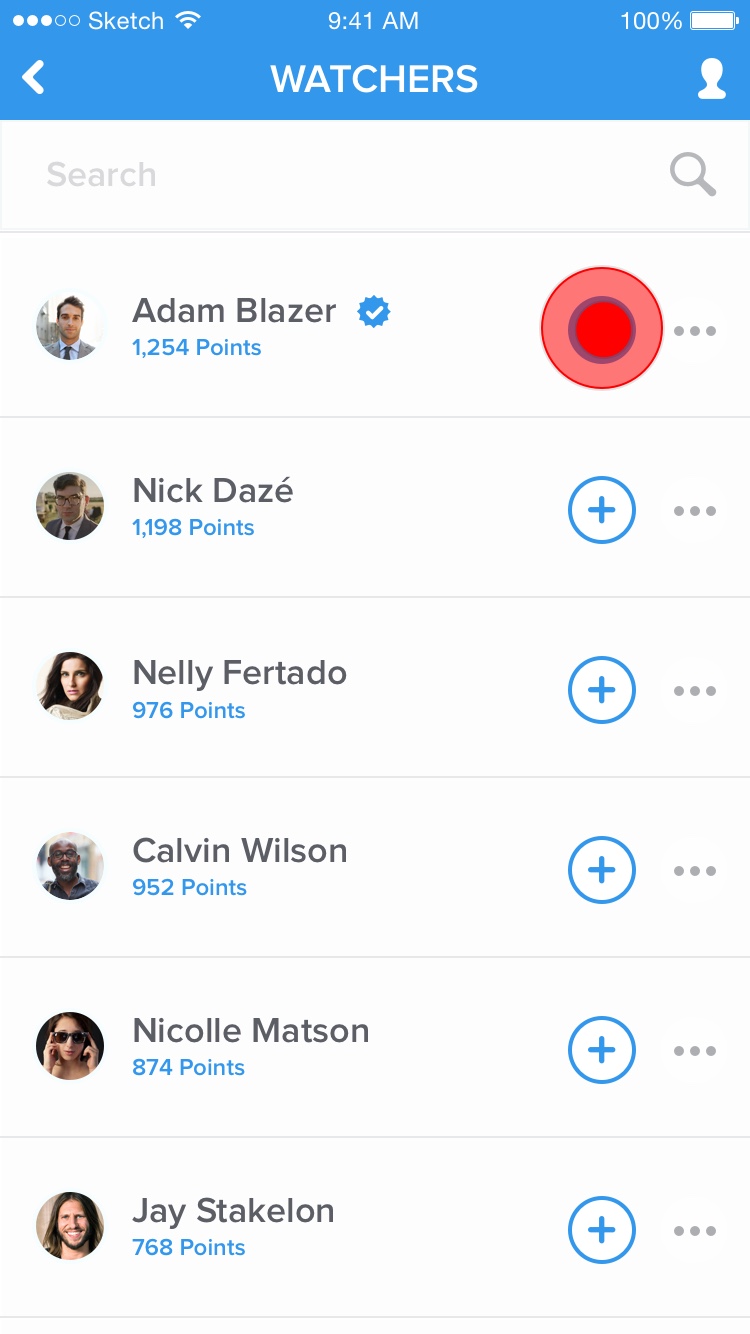 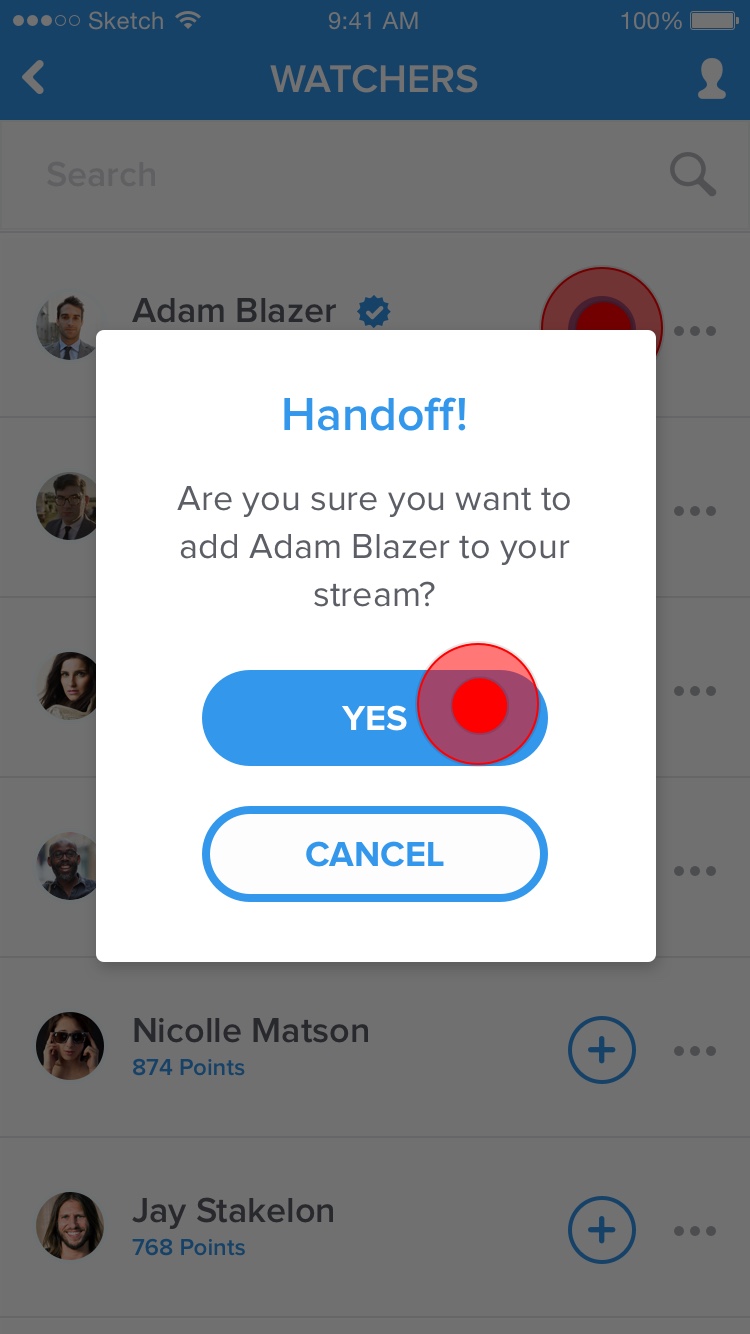 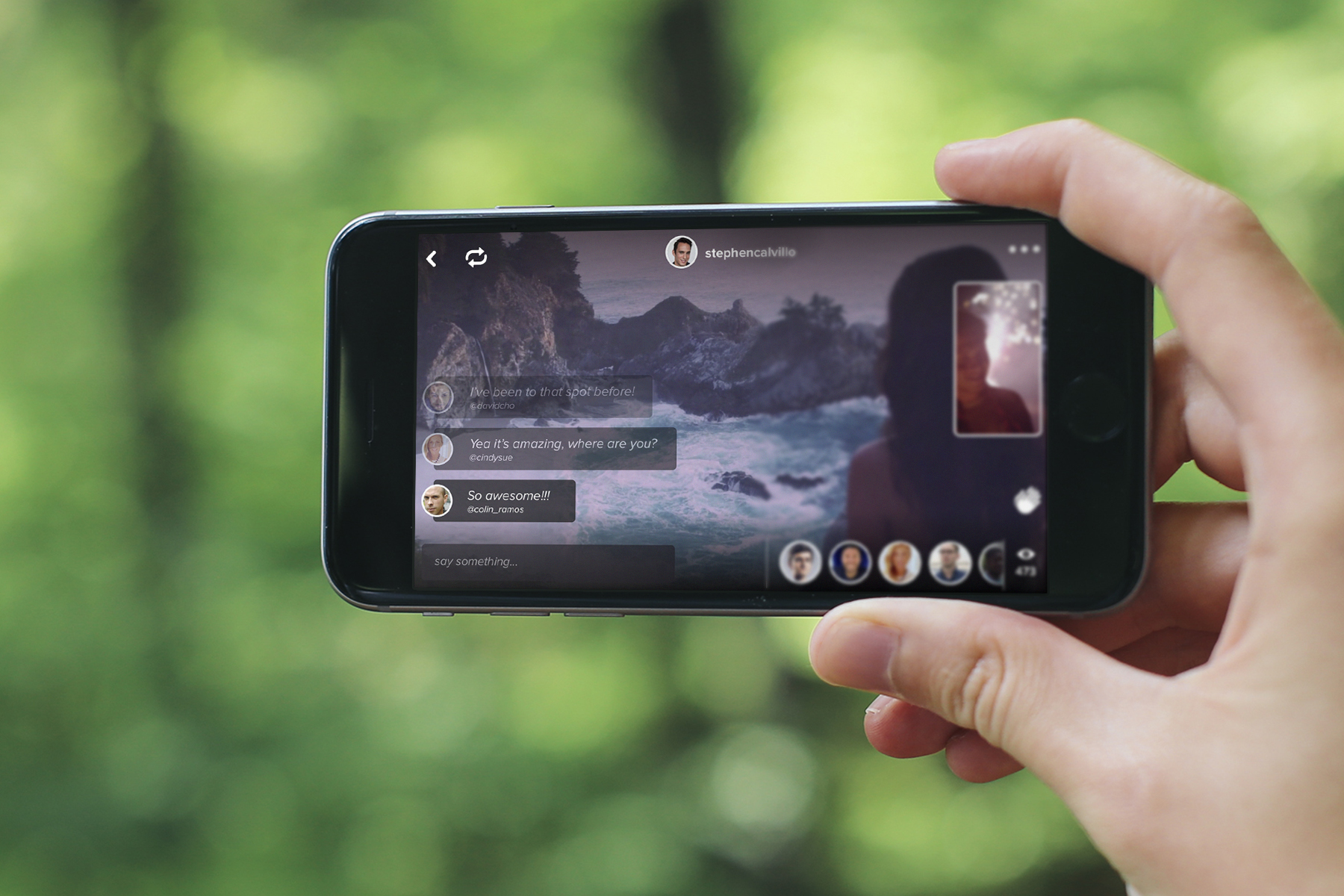 If a streamer decided to shoot landscape, we needed to reformat the UI to fit that format. A tough task to do given that the viewport height has shrunk greatly. 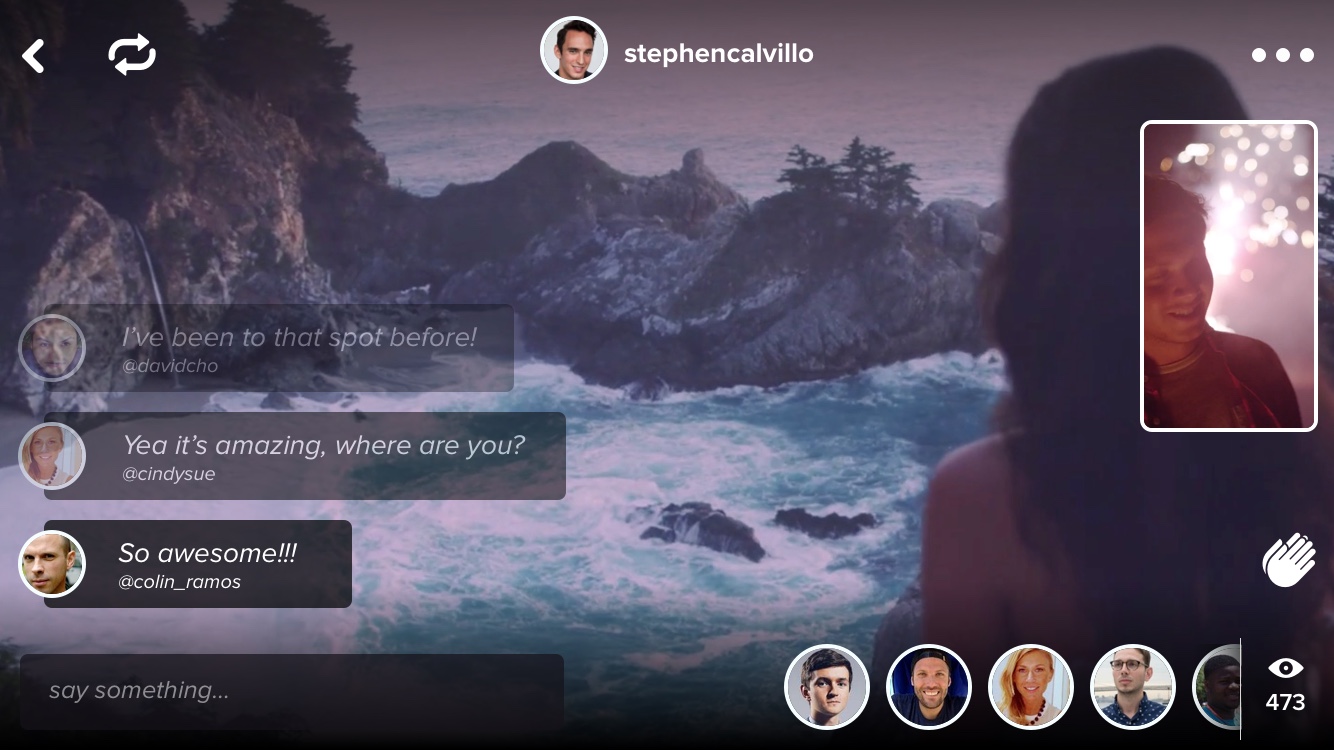 The challenge was allowing the same functionality as the vertical viewing orientation, still keeping the UI in relatively the same place, and also not complicating the overall viewing experience. 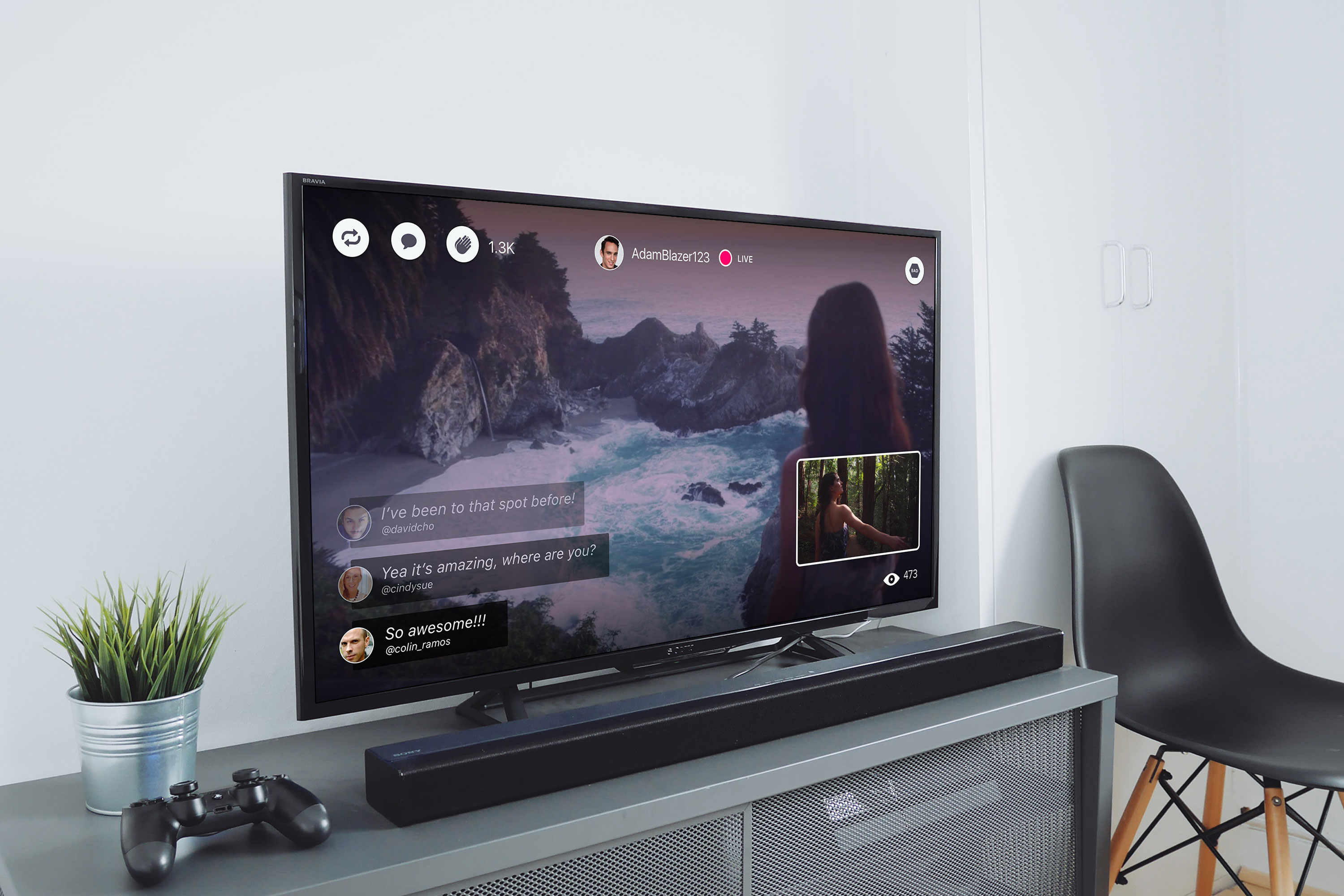 The obvious next move was to bring Livit to the television. We began working on an AppleTV version of Livit. I had to do some research on the standard best practices for tvOS and create the best solution and experience for Livit on the television set. 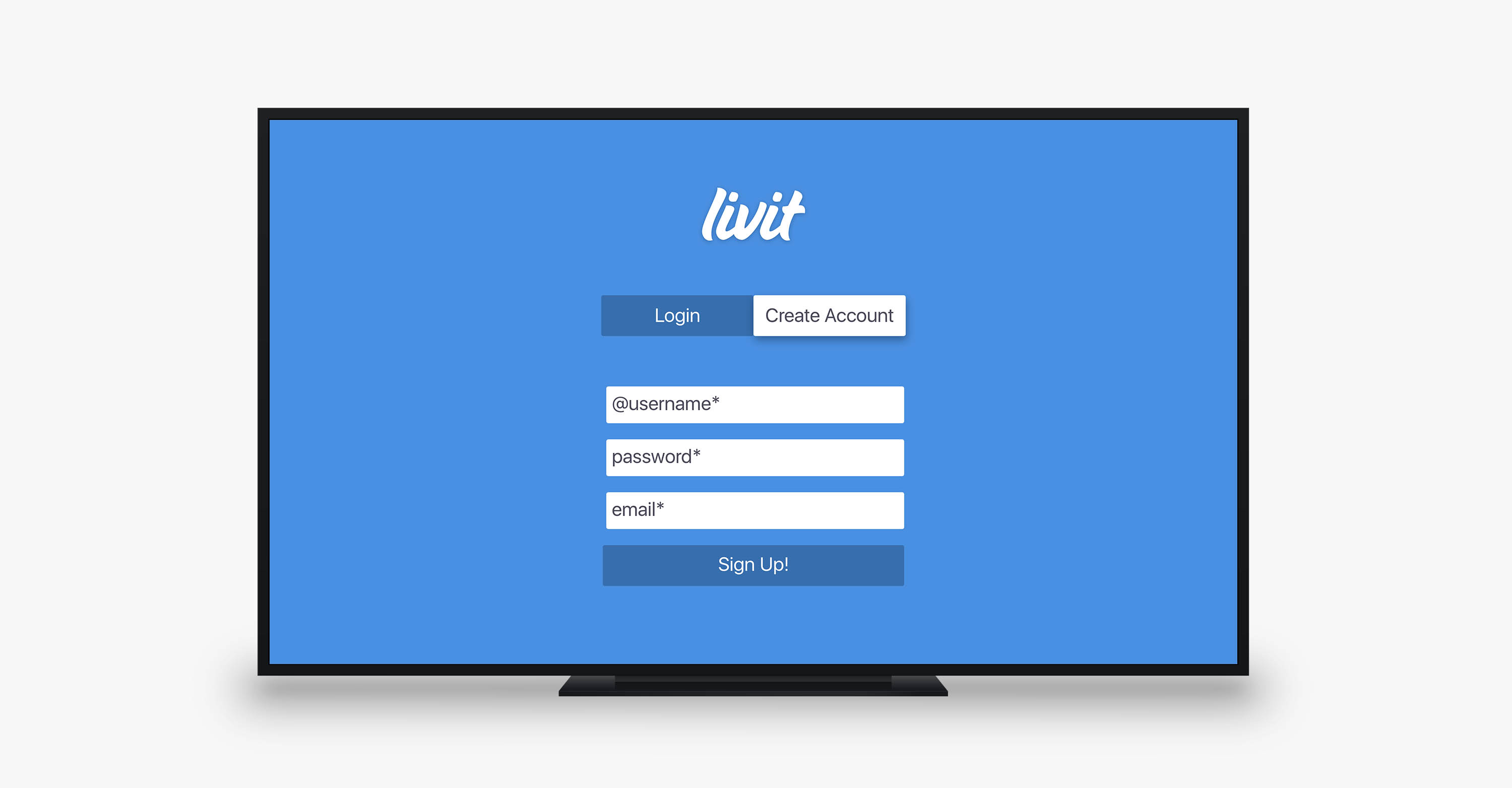 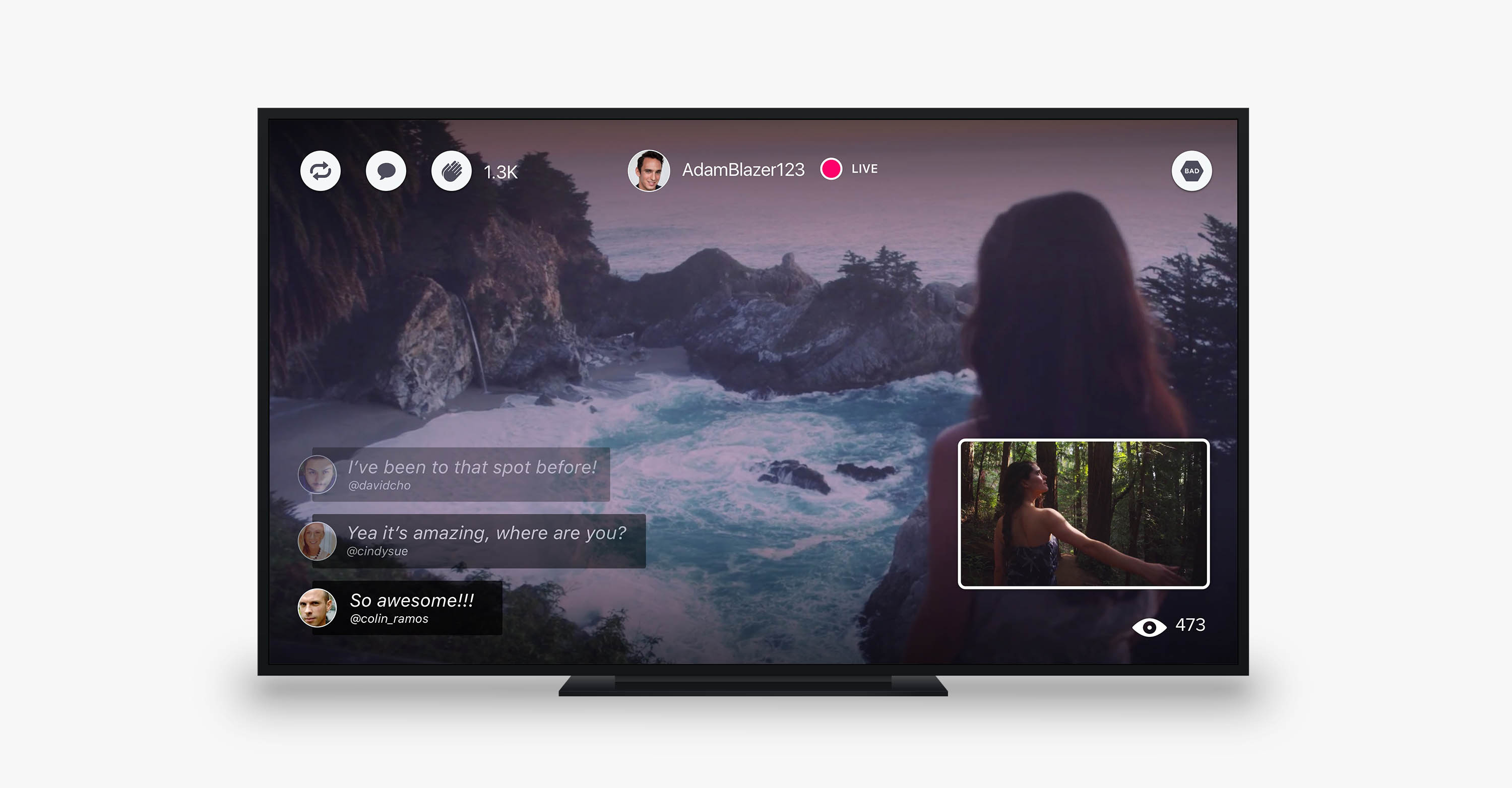 WANT TO KNOW MORE ABOUT THIS PROJECT?